But it's not easy to create a good animated video.  In fact, many people forget a few simple concepts that are really important for making sure you create a high-impact animated video.  It doesn't matter if you're doing an animated whiteboard video, a product demo or a teaser video for an upcoming product or service release, these same video production principles apply to everything.

The first thing that you need to be aware of is length.  Your animated video shouldn't really be longer than 2 minutes.  In fact, research shows you really only have 10 seconds to grab somebody's attention, so you need to be sure that you're being as efficient as possible with how you tell your story.  You also need to think about how long the video needs to be for the different social media channels you might be using.  Here's a handy infographic from Hubspot on the subject:

When we're creating videos, I'll work on the script first.  My first draft generally ends up being too long, so I'll read it out a few times to get a sense of how long it's going to be and then go about chopping it down as much as possible.  I'll often work on a script by creating two columns on my page.  The left column is for the voiceover and the right column will provide ideas of notes for the designers.  I do this so that I'm able to figure out what we need to have said in the video, and then what we need to show on the screen, because you can save time by using the animation instead of the voiceover to explain something.  For example, you can shorten a login sequence down by speeding up the animation or shortening the sequence of screens shown.  Doing so will help the overall video flow much better.

Here's a good example that illustrates these points in a video we recently completed for the Canadian Real Estate Association:

This is where you have a designer map out what your video is going to look like and how you're going to animate the script to bring it to life.  We'll have the designer review the script and the animation notes with me so that we can collaborate on what we think is going to work best for the message we're trying to get across.

It's not uncommon for the designer to suggest there are places where the animation is going to run longer than the voiceover.  In these cases, we'll need to fill in some space in the animation with additional scripted audio.  Other times, the designer might suggest that parts of the script need to be shortened to account for a quicker animated sequence.

The storyboard is where you have the opportunity to work out these important details, so it's important that you spend your time making sure everything is laid out correctly.  Your storyboard should have directions for the animators as to how things are going to move or be animated.  For example, are elements going to fade in or out and how are elements going to move in and out of the screen?   These types of details need to be included in your storyboard so the animation goes smoothly.  It's much more difficult (and therefore expensive) to fix things in animation than in the storyboard, so make sure everyone is happy with the storyboards before you proceed to animation.

If there is one thing that can ruin an animated video, other than bad animation, it's the voiceover.  I know that people often try and do the voiceover work themselves to save some money, but I recommend you never do this.  For one, it's hard to get a good sounding recording unless you have the right equipment.  Secondly, there is a reason that you use professional voice over talent... because they are professionals.

It's not that expensive or difficult to use non-union voiceover talent.   Simply send in your script and in less than 48 hours, a professional will record your script in their home studio for you.  The price depends on the length and the usage, but it can be as little as a few hundred dollars.  You just need to spend a few hours going through demos on the voiceover company's website.

I usually wait until AFTER the storyboard is approved to get the voiceover script recorded in case there are any changes to the script in the storyboard phase.  Most voiceover actors or services will charge extra when they have to go back and re-record some or all of the script because there was a script change.  Make sure your script is final before you move to voiceover recording and you can avoid these types of charges.

I would say this is where the magic happens but in reality, this is where everything comes together.  Good animators are able to take a storyboard and bring it to life.  People love to be entertained, so keep your animation lively and moving so that you're always engaging the audience.  Try and make sure you're not moving too fast so people understand the video but keep the visuals moving at a pace that keeps people interested.

It's true that animated videos don't get the same artistic credit that live action videos do.   That's why Disney's animated film, "Up" didn't win the best picture Oscar in 2010.  But that doesn't mean you can't create a high-impact animated video.

If you have any questions about or need help with an animated video or any other type of corporate video, please contact one of our marketing consultants today or get in touch for a free consultation. 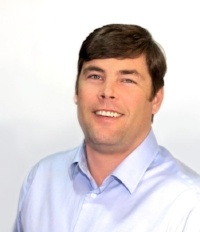